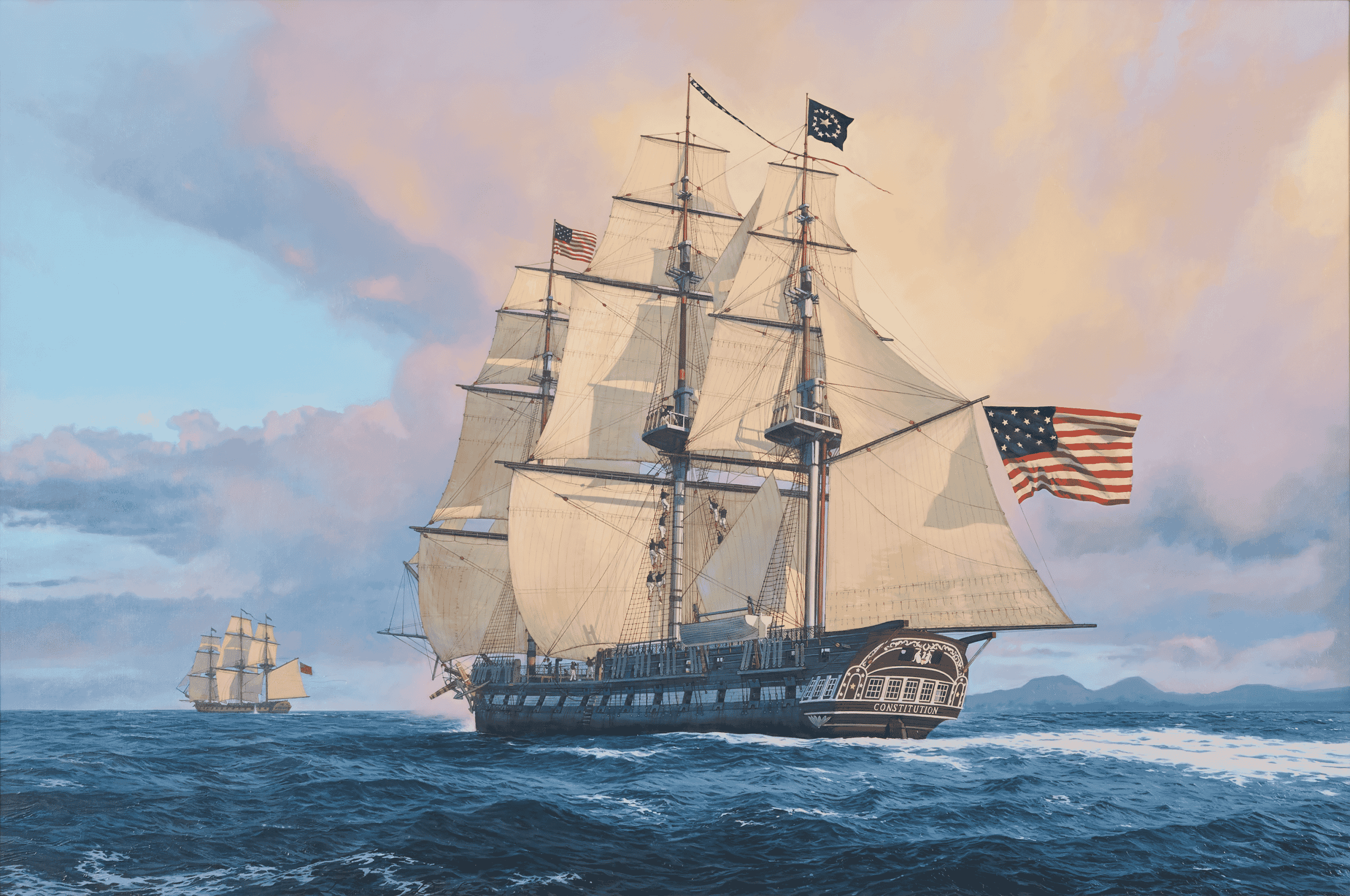 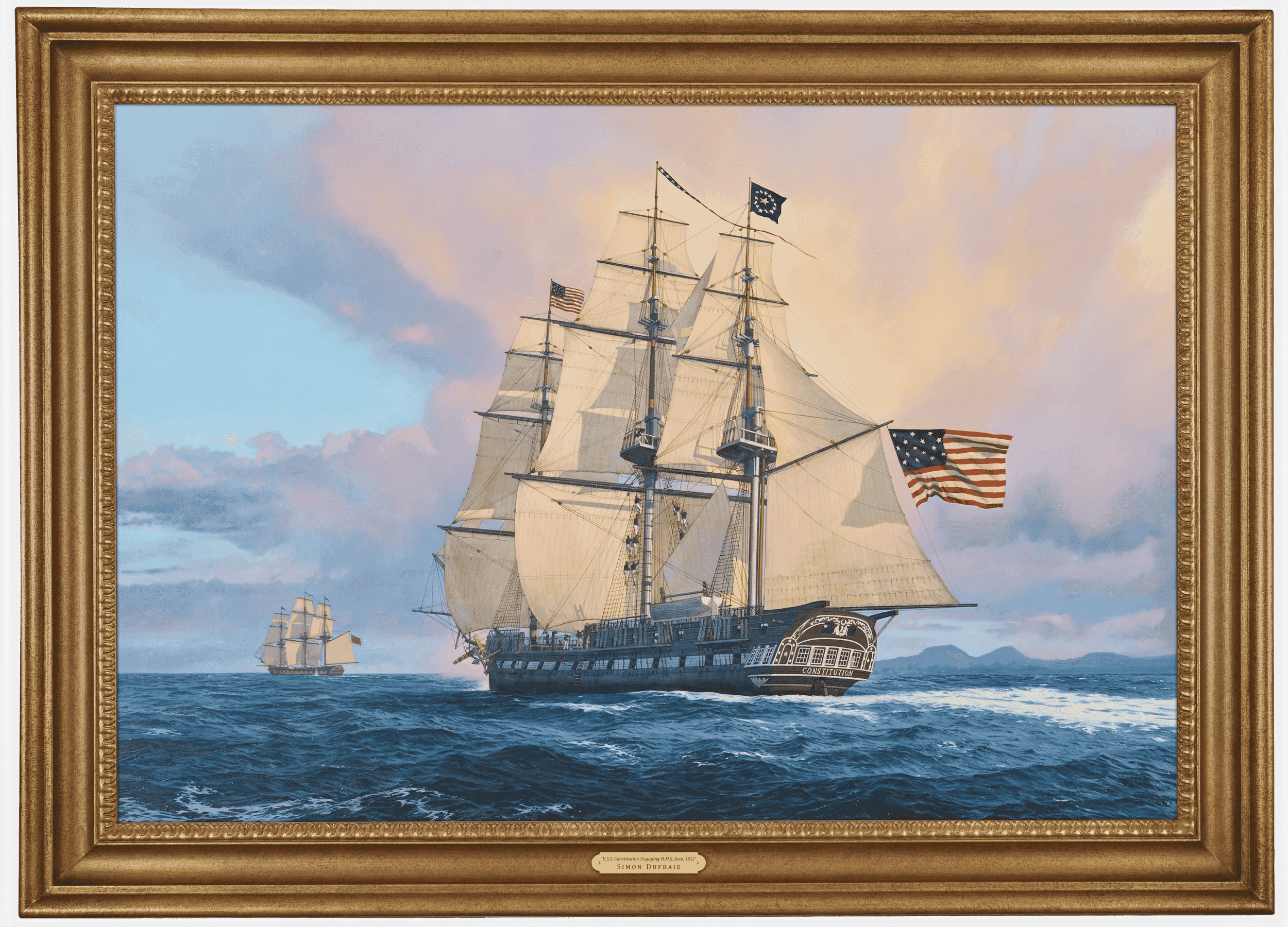 The defeat of H.M.S.Java was one of the several celebrated frigate actions of the Anglo-American War of 1812.

Java, a captured French frigate absorbed into the Royal Navy in 1811, was en route to Bombay late in 1812 when she found it necessary to put into the Brazilian port of San Salvadore for fresh water.

On the morning of 29th December, she sighted a vessel flying no colours, which turned out to be the U.S. frigate Constitution. A spirited action commenced as soon as the two adversaries had manoeuvred into position, and despite the damage caused to them by Java's opening broadside, the Americans soon gained the upper hand.

After about two hours Java was seriously damaged and at 6 o’clock, by which time the furious engagement had lasted fully four hours, she struck her colours and surrendered.

The next day, Java’s smouldering hulk, far too damaged to justify repair, was put to the torch and thereby provided the United States with a major propaganda coup as the year ended.