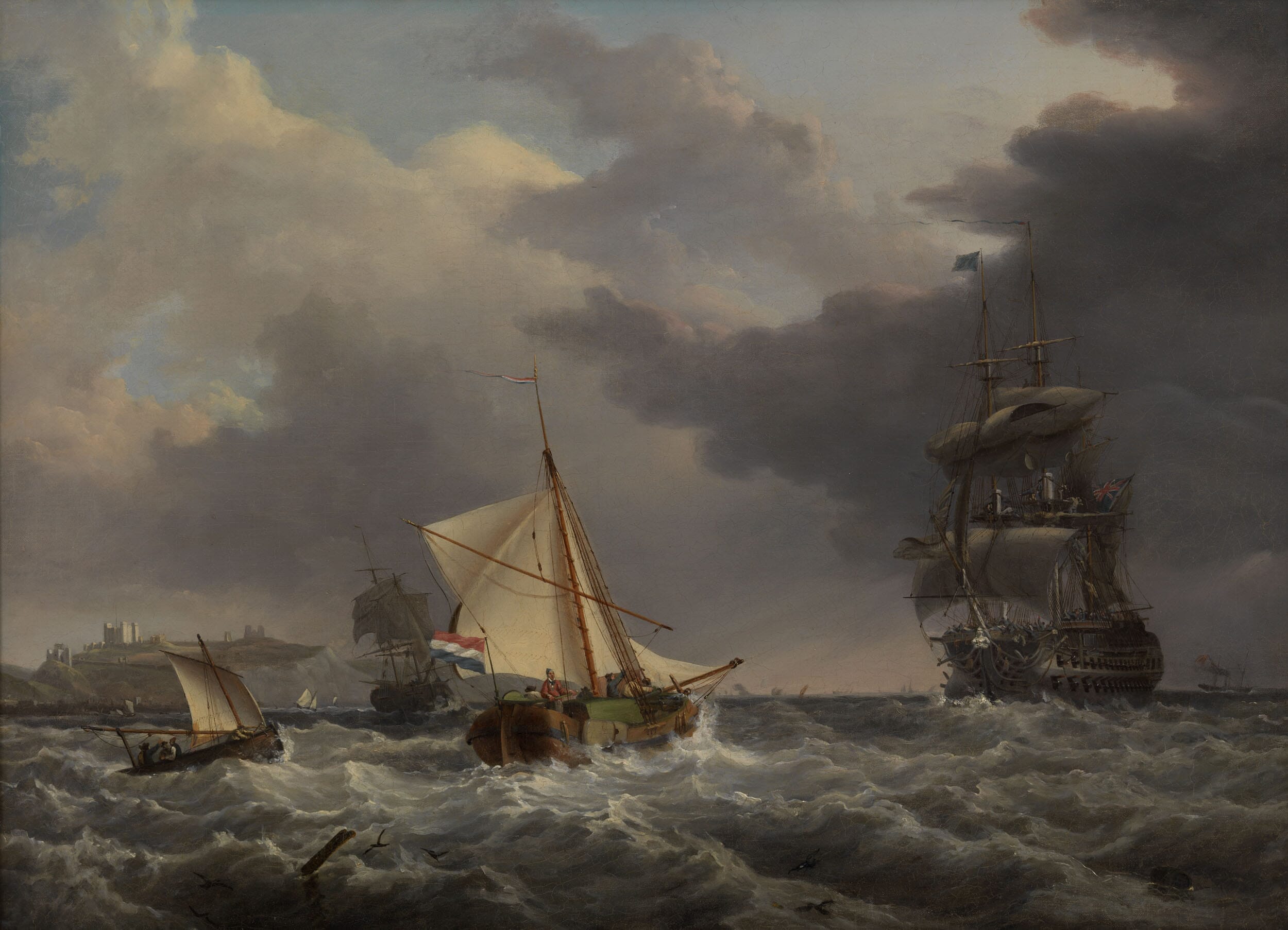 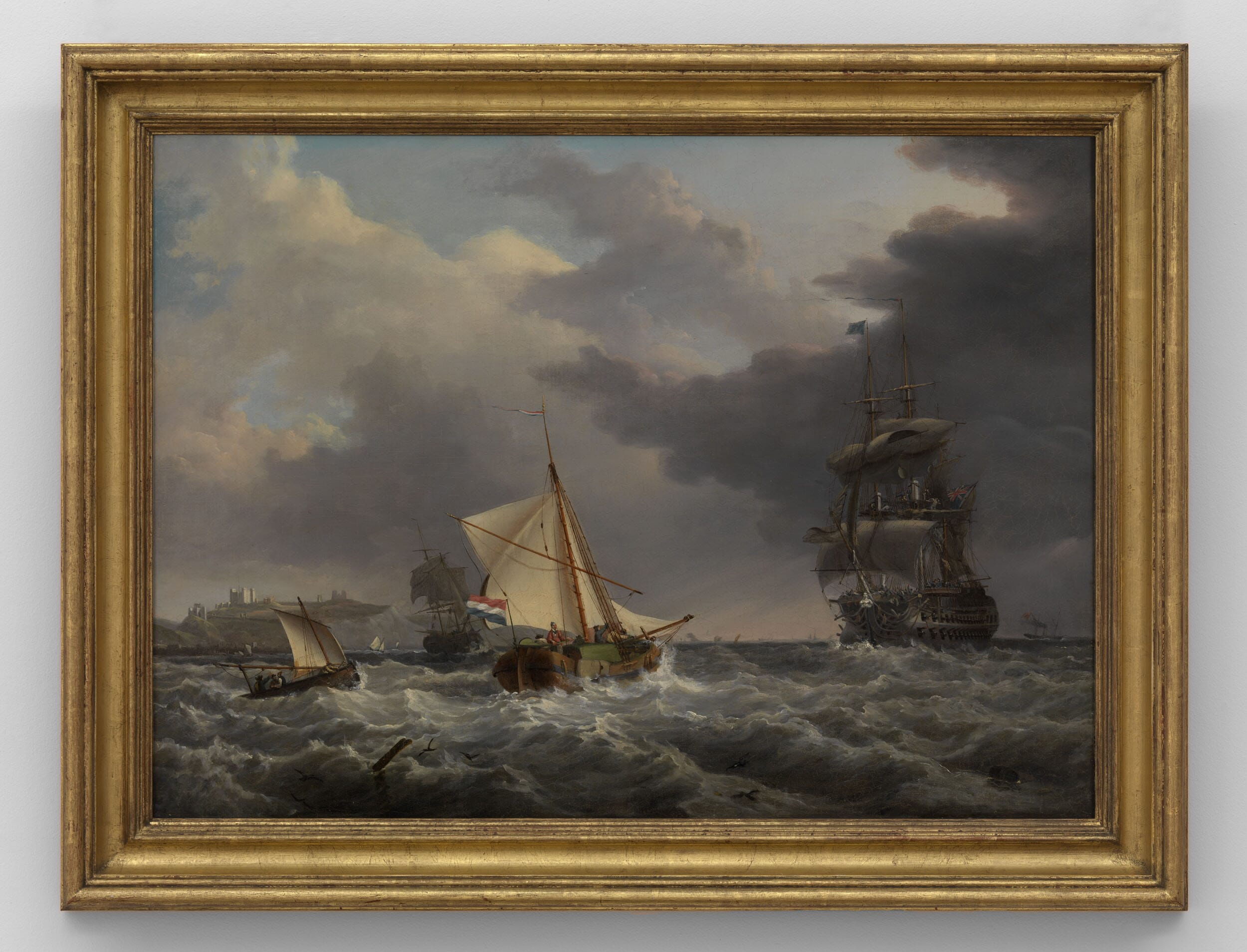 “A ‘74’ of the Royal Navy Wearing the Flag of a Vice-Admiral of the Blue Shortening Sail Ahead of a Squall off Dover, With a Dutch Hoy Approaching on a Converging Course”

George Chambers was born in Whitby on 23rd September 1803, the second son of a mariner. Put to sea at the tender age of ten, he was to undergo many hardships in his early years. Showing artistic promise from an early age, he took up sketching during his time at sea. When finally he returned to Whitby he began to concentrate in earnest on his artistic career.

After his beloved mother passed away in 1825, George Chambers moved to London, where he befriended a fellow Whitby man, Christopher Crawford, who had recently purchased a public house in Wapping. His new friend introduced him to many Whitby seamen who called in to the pub after discharging their collier brigs. The artist would regularly paint portraits of their ships, with their native Whitby invariably showing in the background.

His first maritime painting was accepted at the British Institution in 1827, and a work entitled "Sketch on the River Mersey" was shown at the Royal Academy the following year. George Chambers reputation began to grow, his painting gaining both momentum and popularity, with his work increasingly influenced by such luminary artists as Richard Parkes Bonington, Thomas Whitcombe and Clarkson Stanfield.

Late in the 1820's he began concentrating on a far wider range of marine pictures instead of solely relying on ships' portraits for commissions. The year 1830 saw Chambers employed as a scenery painter at the Pavilion Theatre, and this influenced him to paint in a freer, looser style. The same year he was introduced to King William IV and Queen Adelaide at Windsor. They were so taken with his work that they acquired several of his paintings, including a work entitled "The Opening of London Bridge".

George Chambers visited Swansea in 1833, where he met the up and coming marine painter James Harris (1810-1887), who became his student upon his return to London. This period saw Chambers producing far more watercolours than oils. However, in 1835 he reverted to type and started on a series of large and dramatic naval battle scenes, which included the "Battle of Trafalgar ", "Battle of Camperdown" and "Battle of Algiers".

Sadly, this period now saw his health deteriorate, and in 1840 he visited Madeira for some much needed rest and recuperation, but he soon returned to London, dying on 29 October 1840 at the early age of thirty seven.