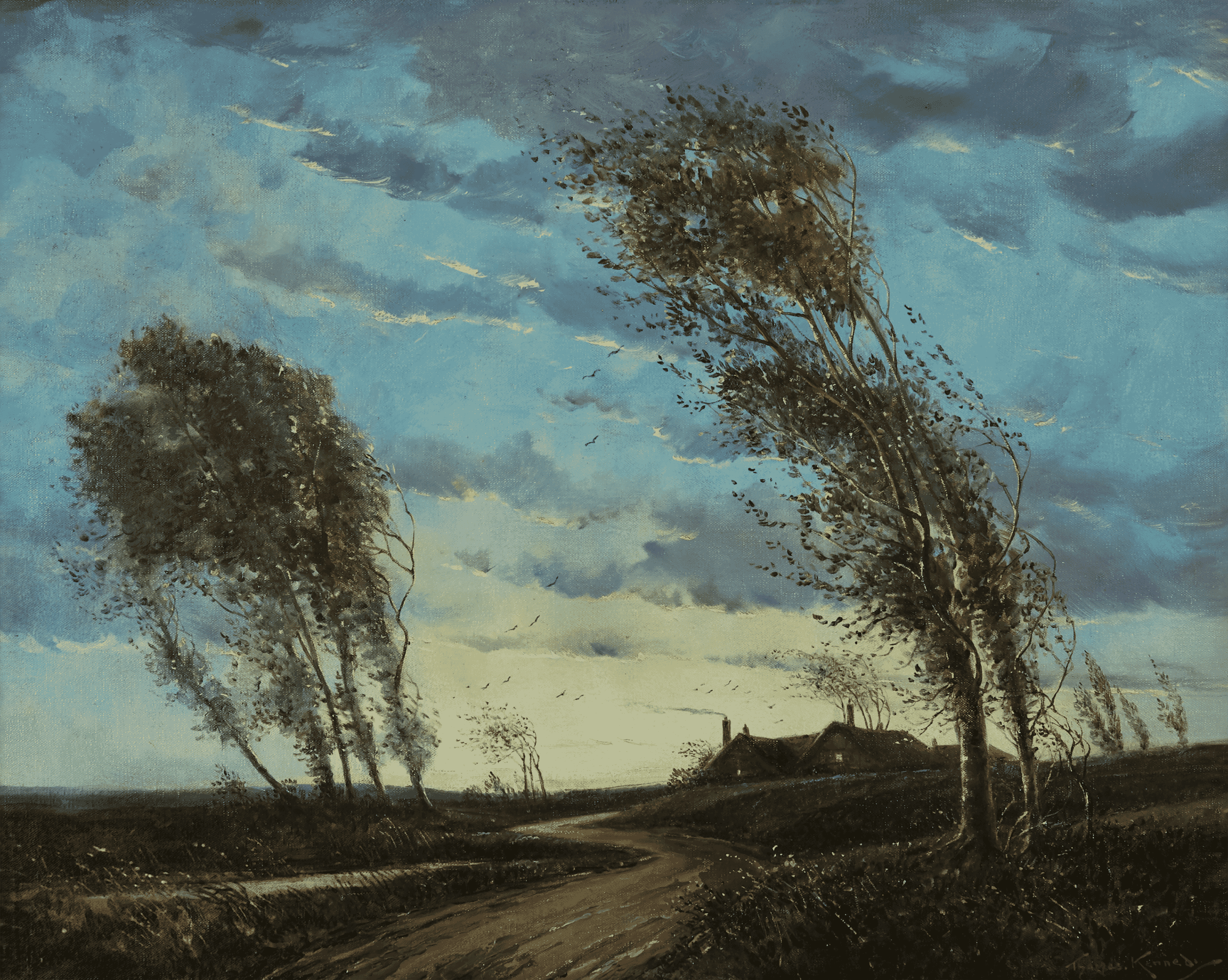 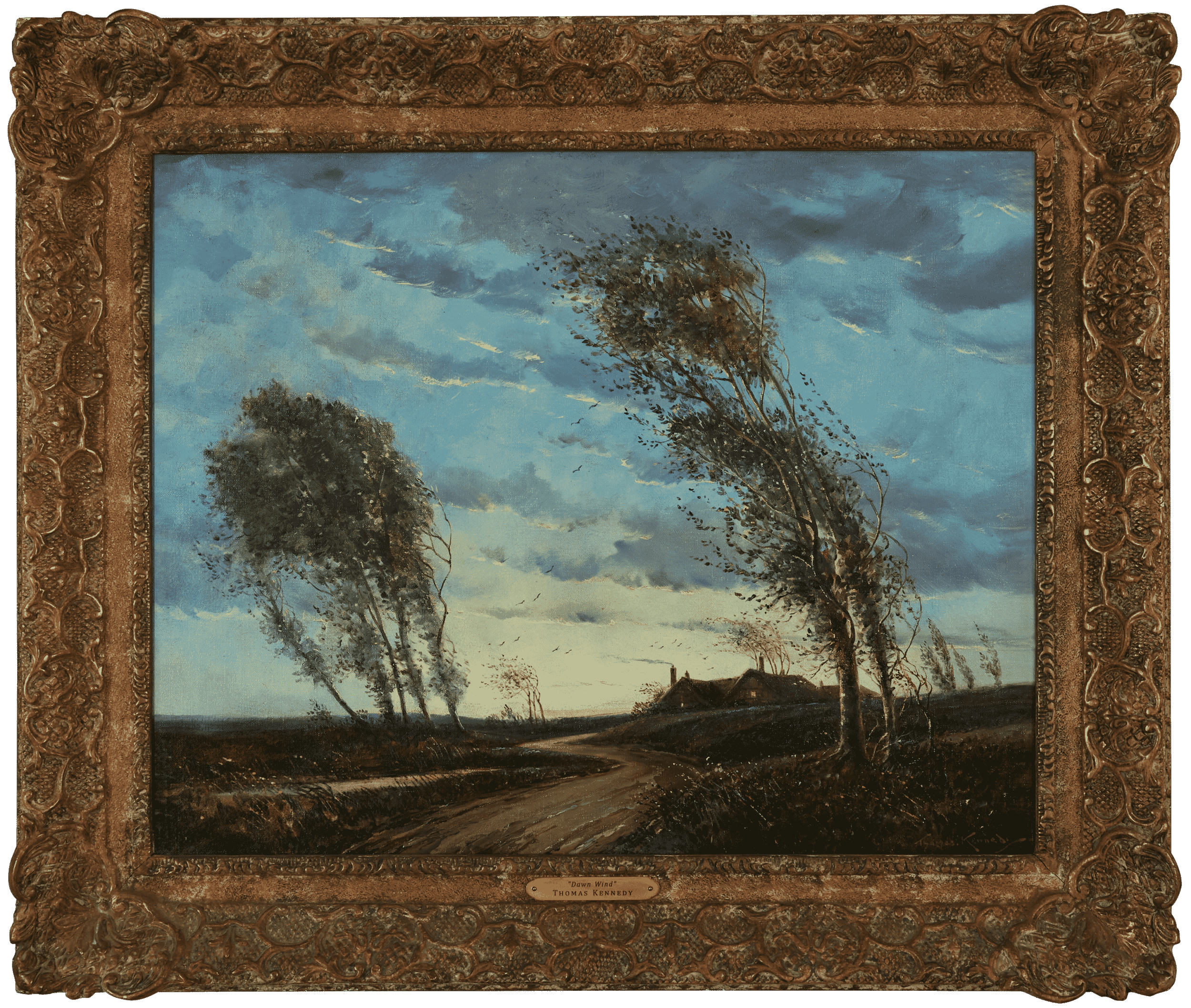 "Dawn Wind on the Dunmow Road"

Thomas Kennedy was born on 4 September 1900 in Leyton, East London into a large and successful artistic family. His brother was the flower painter Cecil Kennedy, their father the artist Robert Thomas Kennedy, and their grandfather Thomas Kennedy of Edinburgh.

Thomas Kennedy was a professional landscape painter his entire working life. As well as studying art in London, for many years he worked in the British Museum, where he derived considerable influence and inspiration from the works of the great old masters such as Constable and Turner, together with the venerable painters of the Italian and Dutch schools.

He sold his first painting in 1916 aged just sixteen to a Bond Street dealer and described the elation he felt walking back down that famous street with thirty five gold guineas in his pocket.

He is recorded as having lived and painted around Leyton in Essex well into the 1930's until his marriage to Dorian in 1938. Thomas and Dorian lived out the artistically challenging Second World War at the 18th century Woolley Hall at Littlewick Green in Berkshire.

Returning to the fringes of Epping Forest after the War he lived first in Warren Road and later at the Green in Chingford, Essex.

Epping Forest with its ancient trees and many ponds was a natural subject for the artist, with the Roding Valley another rich artistic vein to be mined; in particular, Curtis Mill Green proved especially inspirational, with its infinite permutations of peace, tranquility and nature.

During the 1950's he received his largest commission from Frost & Reed to paint seventeen substantial oil paintings for show in the United States.

His paintings were often reproduced and he exhibited his paintings at the Royal Academy, the Royal Society of Scottish Artists and  the Royal Birmingham Society of Artists, as well as with the dealers Frost and Reed.

Her Majesty Queen Elizabeth the Queen Mother was an admirer of his work, acquiring a number of his paintings, and his work also graced many private art collections worldwide.

Thomas Kennedy died at Leytonstone in Essex in 1982.