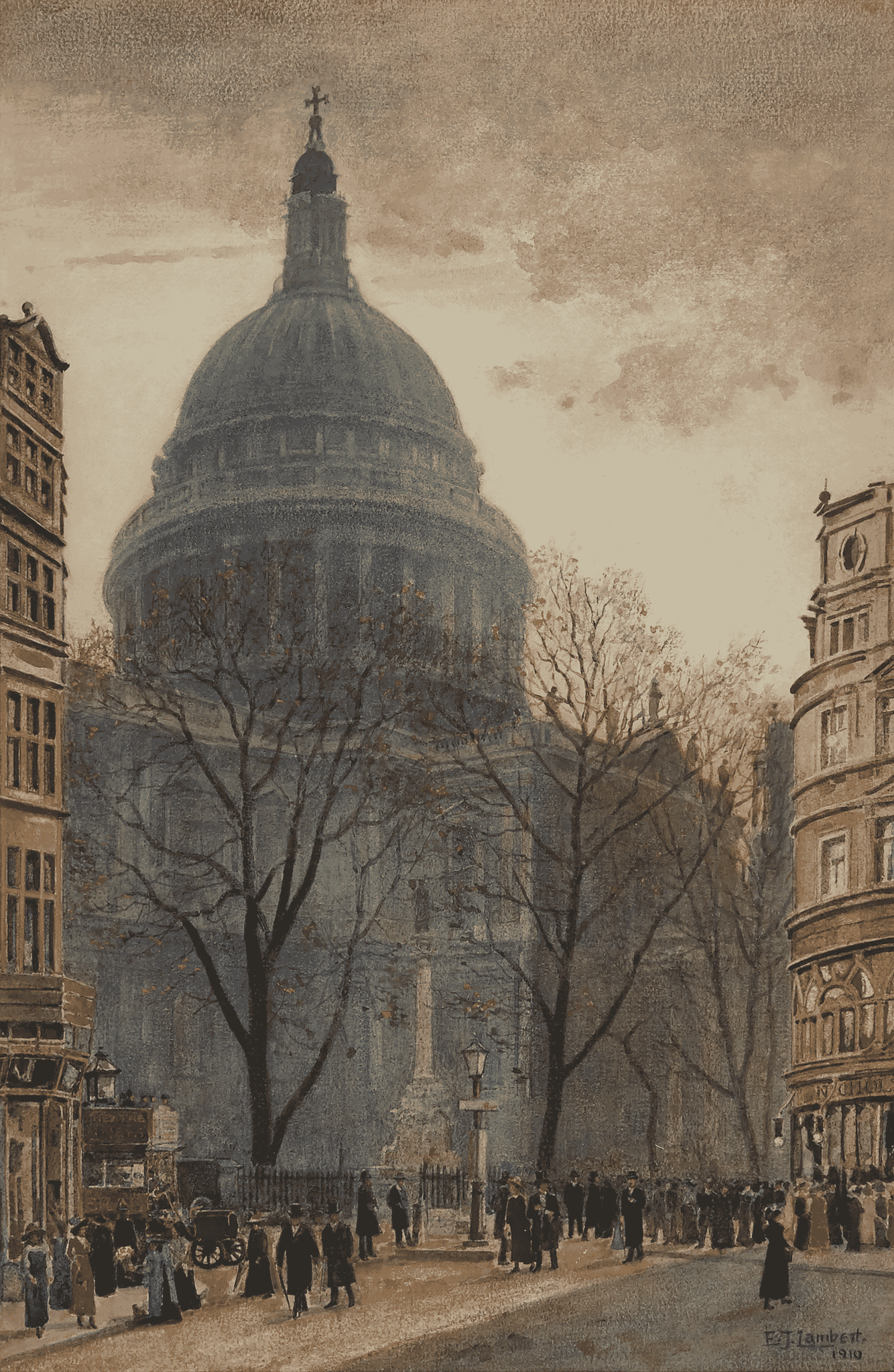 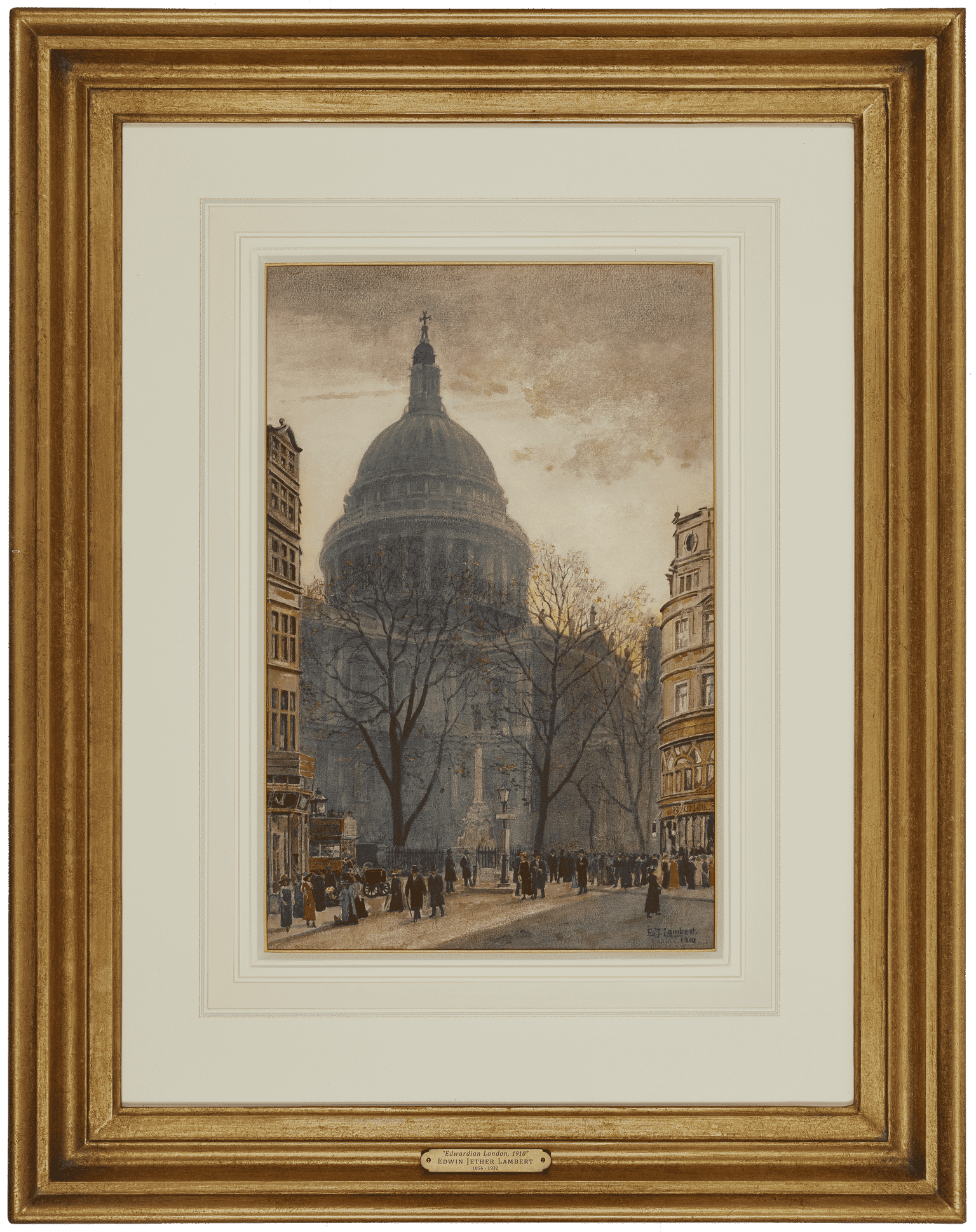 "Edwardian London, With a View of St. Paul's"

Edwin Jether Lambert  was born in Shoreditch, East London in 1856, the son of a bootmaker.

He is recorded as having lived in both London and Brighton, his London address given as 4 Wildwood Terrace, Hampstead in 1904.

He specialised in landscape and animal subjects, and between 1881 and 1928 he exhibited paintings at many major artistic venues of his day, including the following:

The Royal Society of British Artists at Suffolk Street

The Royal Institute of Painters in Water Colours

The Royal Institute of Oil Painters

The Walker Art Gallery in Liverpool.

A portrait of General Lord Richard Airey, 17th Colonel of the Royal Fusiliers (1868–1881) by Edwin Lambert is at the Fusilier Museum at Tower Hill in East London.