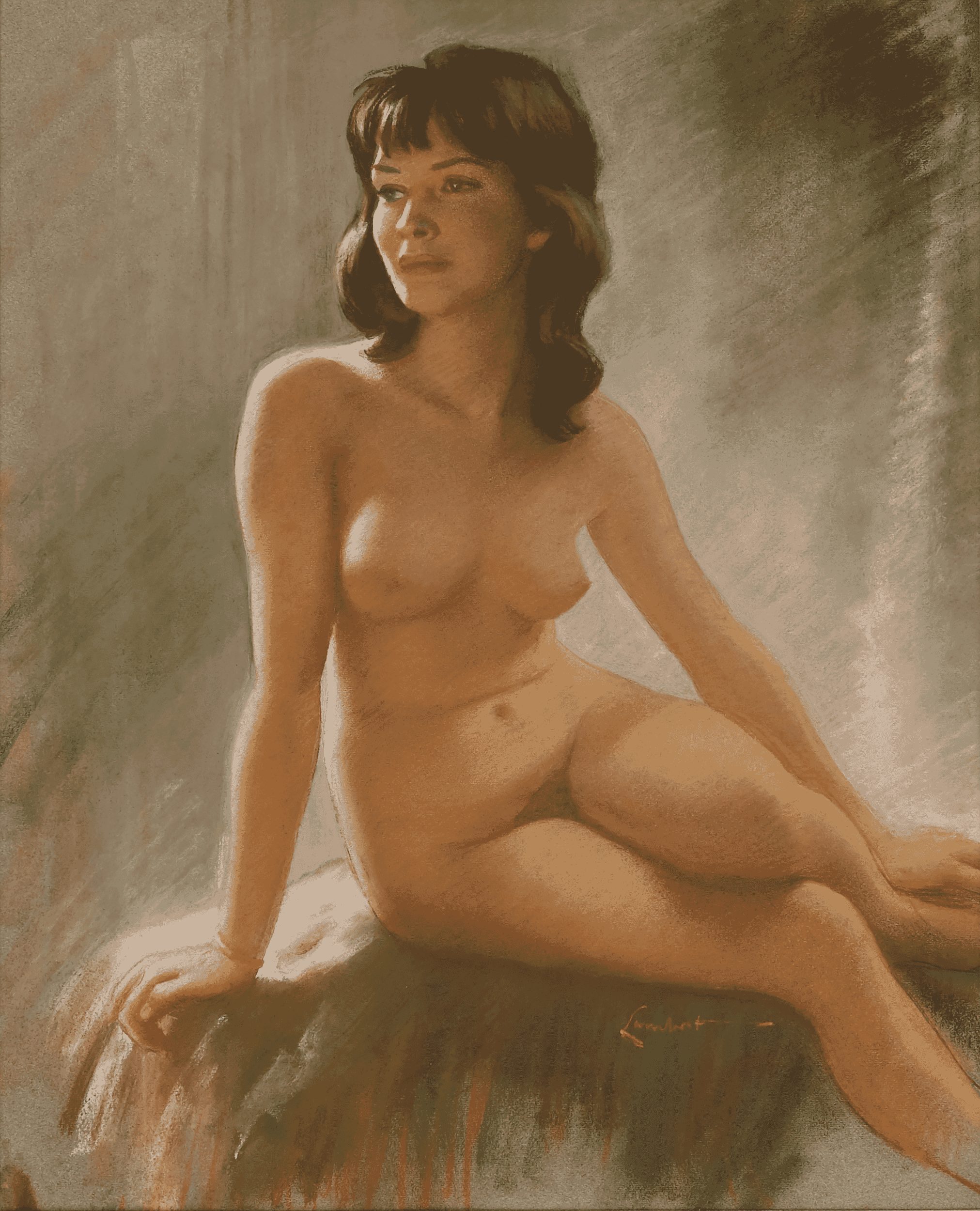 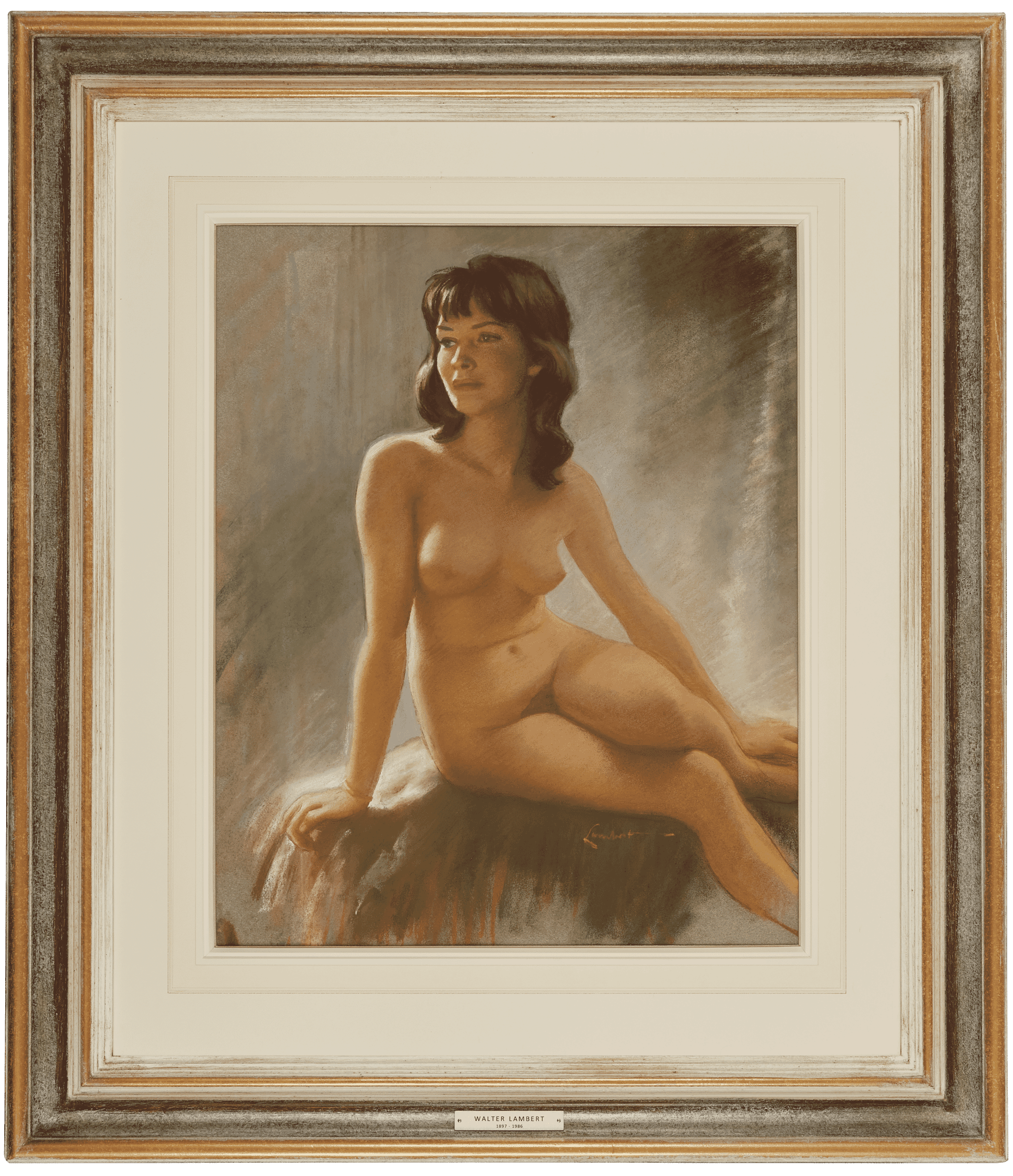 Walter Lambert was born in London in 1897 into an artistic family, the son of cross-dressing female impersonator and ventiloquist Walter Hibbert Lambert (1868-1944).

He studied at the Camberwell School where he was to meet his future wife Hilda, and they had four children together. The family lived for many years in Welwyn Garden City in Hertfordshire, and he was commissioned  to produce numerous advertising posters for such renowned brands of the day as Ovaltine, Lux and Oxo.

From the 1950’s, with the extensive use of photography in advertising, he concentrated more on magazine covers, showcards and portraits. But it was for his superb work on the British Leyland Calendars, these featuring the “Leyland Lovelies”, that Walter Lambert was to become well known.

He was the original artist to be commissioned on the series of calendars, starting out in 1930.

Between 1930 and the late 1960s, one woman was given the honour each year to pose for the calendar. The calendars were called “Leyland – She’s a Lady”, because drivers referred to their vehicles as being females.

The Leyland Ladies were to become very famous during Leyland Motors’ heyday.  The company started doing them because they wanted to get the Leyland name known worldwide, so they started making calendars for offices and workshops. It was a good way of getting the attention of the male workers, by putting a pretty face to the Leyland Motors name, but the portraits were also very tastefully produced, rather coy in nature, as indeed was their intent.

Walter also captured perfectly the evolving fashions of the era, and continued his work until the late 1960s, when a different artist was commissioned.

A selection of portraits is today on display at the British Commercial Vehicle Museum.

Walter Hibbert Lambert's stage name and female persona was “Lydia Dreams” and in his day he was a popular and much feted attraction in the Music Halls of Victorian London.  He is known to have visited the United States in 1906 when he toured the Vaudeville circuit.

He was also an accomplished and ambitious painter, his most famous work being an enormous canvas dating from 1902-1903, this portraying in splendid detail all the most prominent Music Hall artists of the day.

Entitled “Popularity”, this painting hung in the Vaudeville Theatre Club between the years of 1908 and 1914, after which it was purchased privately, and is today to be found in the collection of the Museum of London.

Measuring thirteen-feet in length and five-feet, six-inches in height, it has proved irreplaceable as a record of the great days of the British Music Hall, and thus has a unique place in British social history.

It shows 231 figures, many of them instantly recognisable to any lover of the old ‘halls’. The majority of the artists depicted in the picture are dressed in their stage costumes and the scene is one of the places known as ‘Poverty Corner’ where the unemployed pro’s used to meet to exchange gossip or hobnob with their agents.