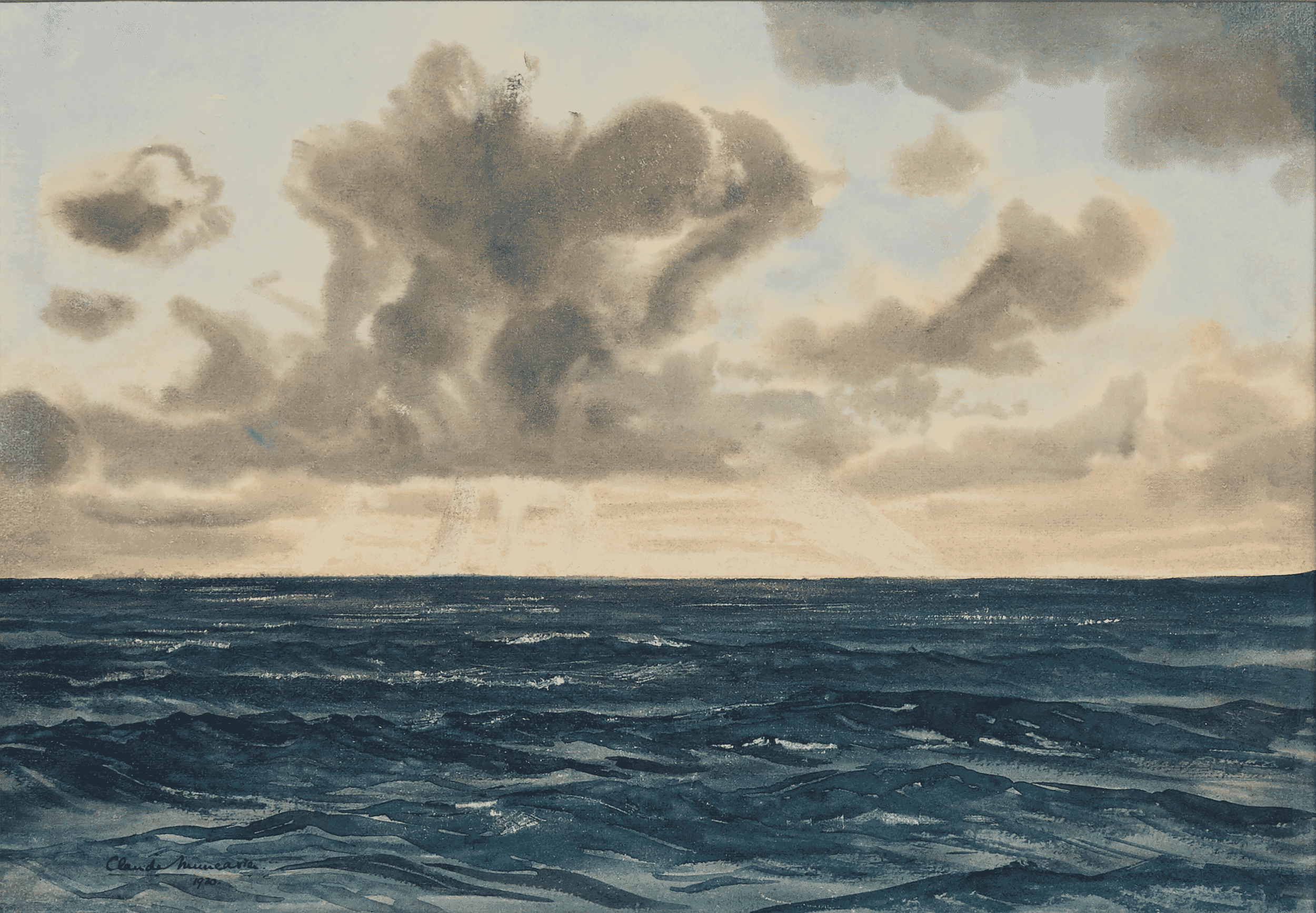 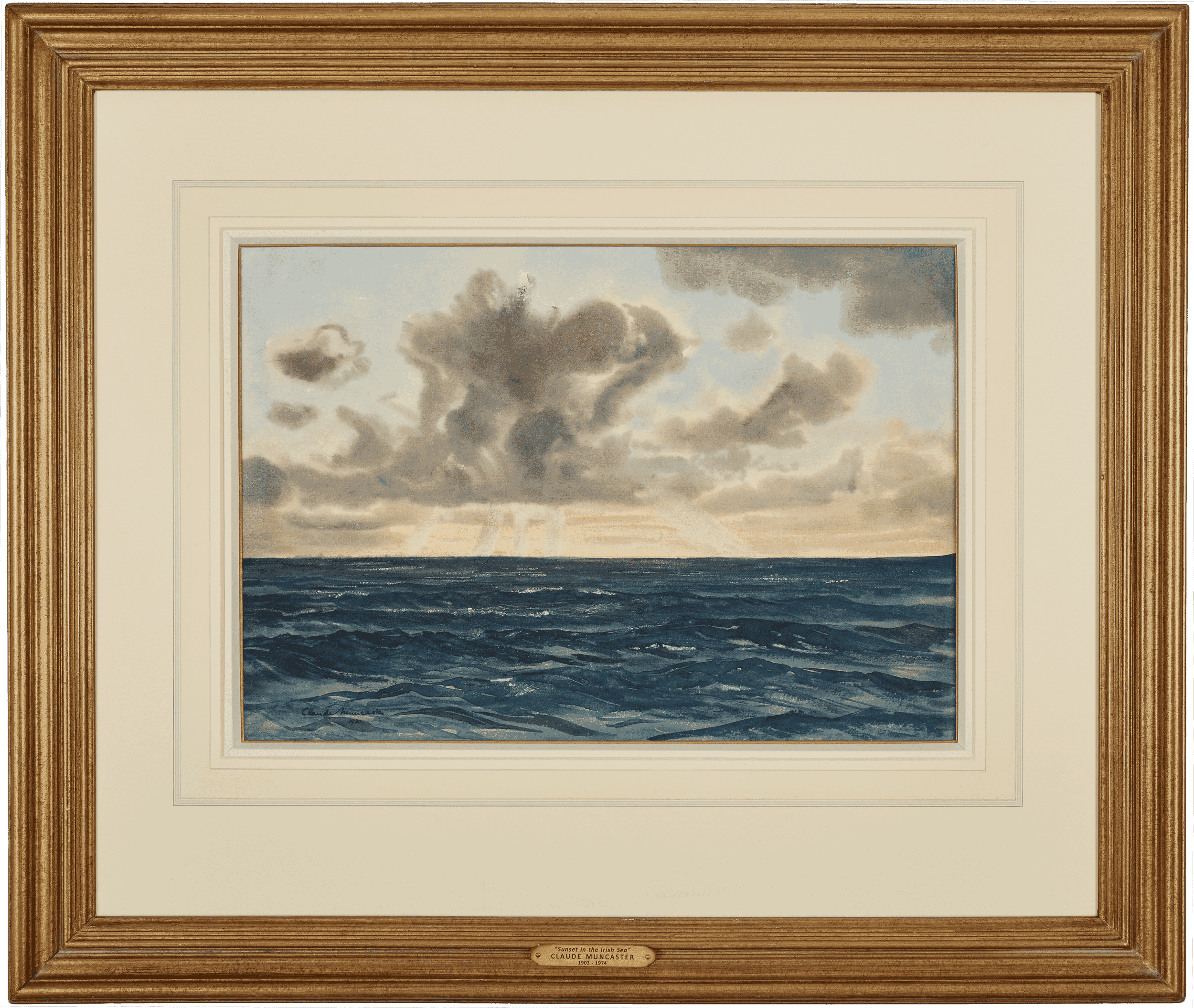 "Sunset in the Irish Sea"

This hugely versatile and exceptionally gifted artist was a painter in oil, pastel and watercolour and a draughtsman in pen and ink of landscapes and marine pictures, as well as an etcher and illustrator.

Born at West Chiltington, Sussex, as Grahame Hall, son of the Royal Academician Oliver Hall, he received no formal art training but studied under the direction of his father, who launched his son on a career as a landscape painter at 15.

His early works were signed Grahame Hall, but in 1923 he changed his name by deed poll to Claude Muncaster to avoid being linked with his father's success.

Muncaster painted conventional landscapes and some large, detailed panoramas of the Thames and of Bradford, commissioned by various companies.

In his youth he sailed as a deckhand on a sailing ship around Cape Horn,which gave him an expert knowledge of ships. During World War II he served as a camouflage expert with the Royal Navy.

He had his first painting accepted by the Royal Academy in 1921 in his given name and he exhibited widely throughout his life.